7 Superfoods everyone needs to know about 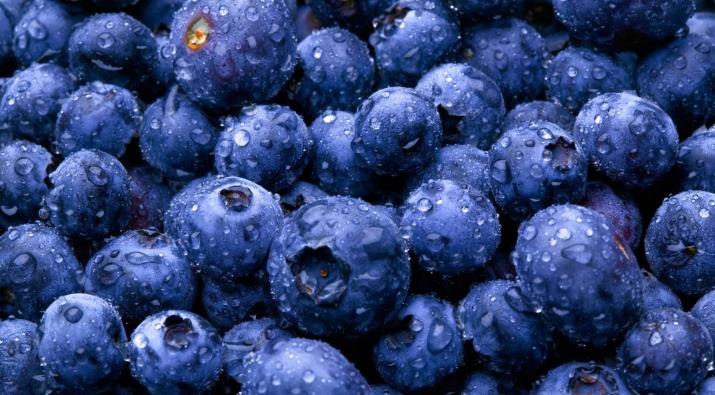 This is a short and sweet list of seven superfoods, some of which a lot of people probably don’t know about, due to their obscure nature and lack of mainstream exposure. All of the following are ridiculously rich in various nutrients and will do amazing things for your health in the short and long term. Read on people!

One of the more common things on this list; these little sweet and juicy blue balls of heaven are a popular snack for many and originate from the subarctic regions in the northern hemisphere. Blueberries are extremely low in calories, rich in antioxidants, vitamins, minerals, and fiber, that all help towards achieving optimum health and fitness. What more could you possibly want in a fruit?! They can be added to things like fruit salads and cereal or can just be eaten like grapes or used to make a healthy smoothie.

Pop-eye’s was definitely on to something with his spinach obsession. I’m not saying it’ll give you huge muscles but you can’t argue with the facts on this leafy green plant. Spinach contains a ridiculous amount of vitamins and minerals ranging from vitamin C to Zinc and Omega 3. It also contains thirteen types of flavonoids that help protect you against certain types of cancer as well as heart disease, arthritis, and osteoporosis. Spinach is definitely an everyday superfood and can easily be incorporated into your diet because it’s easy to cook and goes well with various other types of food.

Often called a super fruit, pomegranate is one of the most popular, nutritionally rich fruit with great health-promoting characteristics. The fruit is thought to have originated in the north India region. Pomegranates are a good source of dietary fibers that aid in digestion and bowel movements. They are recommended by nutritionists for weight loss programs and cholesterol control. This fruit has been proven to boost immunity, improve blood circulation and offer protection from cancers.

These little bad boys are the most nutritionally dense fruit on the planet! They have been used medicinally for thousands of years and are native to the Himalayan Mountains of Tibet and Mongolia, although they are now also grown elsewhere. Goji Berries contain the highest amount of protein for any fruit; they are also high in fiber, vitamin C and possess fifteen times more iron than spinach. In addition to this, they contain a high number of antioxidants and help boost your body’s immune system. These Goji Berries are a nutritional weapon! In ancient Chinese medicine, they were used for increasing strength and longevity.

This is probably one you haven’t heard of before but it is a holistic remedy that has been used throughout the world. Bee pollen is made by honeybees and is known to be one of the most nutritionally powerful foods as it contains nearly every single nutrient required by us humans. Bee pollen is rich in protein, amino acids, vitamins, and folic acid. It has more protein per gram than any meat and contains more amino acids than eggs, cheese, and beef.

One teaspoon of this stuff takes the humble bee eight hours a day for a whole month to make! Each pollen pellet contains over two million flower pollen grains; a teaspoon of the stuff contains over 2.5 billion! Bee pollen can be used medicinally for a huge range of things from prostate health to various skin conditions and more.

Stinging nettle doesn’t sound like something you want to be consumed orally but you’d be surprised at the number of benefits this spiky little plant provides. Stinging nettles are full of calcium and iron as well as vitamin A, D and K. Your body needs iron to function and calcium to strengthen teeth and bones; vitamin D works with calcium to strengthen teeth and bones, vitamin A regulates the amount of calcium and phosphorus in your bloodstream and vitamin K is required by your body for blood clotting. One of the most common ways to consume nettle is to make a tea out of it, you can find instructions for this anywhere if you just do a search.

This doesn’t really count as a food, it’s more of an extract but I’m putting it in here anyway! Ginseng has been traditionally used for a variety of medical conditions and is one of the most popular herbal medicines in the world. There are several varieties of Ginseng, each with different effects. Ginseng has been proven to improve mood, boost endurance, prevent cancer, heart disease, high blood pressure and more. It is taken in tablet form and is often combined with other extracts into one super nutritional pill.